I'll always remember this year as the Earthquake Year. There was a Nepal before and a Nepal after. Combined with the unofficial blockade crippling Nepal during autumn after the new Nepal Constitution, it was not the easiest year, but it also brought us closer to a lot of people in Kathmandu.

Workwise, I felt like I reached cruising speed, despite certain meetings being postponed a couple of times. Thomas also became active again, with Photo Circle and organizing a photo festival. I also got back into theater which was great, with the Laramie Project.

In terms of travelling, we discovered Thailand, Sri Lanka, and Bali in Indonesia. I returned to Bulgaria, India, Singapore, but never made it to Bangladesh. I also discovered Hong Kong, and we closed off the year with Turkey and Finland. Due to the fuel crisis, we couldn’t explore Nepal as much as had planned and wanted to…

2015 saw a fair amount of guests and visitors. My entire family came to Nepal, as well as Valou and Corentin. We hosted some blasts from the past (Alexis, Liam, Allen and Orion) and added some new ones (Scott, Caroline, Martin).

In terms of resolutions for 2015:
1. Read a book a week: check
2. Learn how to make three cocktails: check
3. Get at tattoo: check (Africa footprint with Thomas’ toes)
4. Make monthly Ta-da list: hum, not really
5. Do yoga 4x a week: sort of
6. Visit Thailand: check
7. Make a fictional video: check (The Laramie Project)

From time to time, it is nice to look back on the past and say a couple of things that you're proud of having done, instead of only planning ahead. Hence, the shift from To-do lists, to a Ta-da list!
For my month of November:

The diviner and the goat 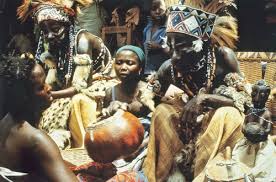 One of the examples I quote regularly to talk about western views on African beliefs and systems regards diviners. This is a prime example of what most westerners frown upon as superstition and blocking logical thinking, which in turn would infringe on development.

How can one reasonably impute a bad harvest or a roof collapsing on spirits or black magic, and justify the punishments inflicted on some? Take the example of a shepherd who has a goat that died. In he short version, he wants to find out the cause, goes to a diviner who tells him it’s the fault of his brother who is sleeping with a married woman. The brother gets punished and sacrifices have to be made to appease the ancestors. This seems to make no sense to a western mind, who would insist on scientific methods to be applied to find out why the goat died: did it eat a poisonous plant, is there a disease going round that should be prevented etc.

Spending several years in Africa, I felt the same way, though I wouldn’t have vocalized it much out of respect for local beliefs and culture. Until I met with an anthropologist who managed to explain some aspects to through glasses that did make sense to me, sadly, again through a form of science I can relate to.

He explained to me that in the traditional way of divining in South Africa, a lot more goes on. In the long version of the goat example, first of all, the shepherd doesn’t necessarily wonder WHY the goat died (all animals and humans die eventually), he mostly wonders why the goat died NOW. There is a difference in finding out the why (shepherd aren’t stupid, they know all about poisonous plants or cattle diseases, and I find it patronizing to assume otherwise), as to the why now, more linked to context and looking for the reasons behind events. Hence, if this question keeps bothering him, he will turn to a diviner (diviners are what we would refer to as white magic, in comparison to sorcerers, who would practice black magic, to inflict harm).

The anthropologist explained that there is a precise ritual to be observed for this visit: during the first hour, the shepherd will exchange gifts, drink and chat, without ever revealing the purpose behind his visit. Then, the diviner will cast bones (or any other method to consult the spirits), and then has to announce three things:


Now, it is important at this point to highlight that the shepherd has to be convinced of the answers provided by the diviner. Traditionally, visitors frequently rejected the explanations and readings of the diviner and would continue to consult others, till they found a reading they could relate to. Hence, accepting an interpretation also involved elements of admission: maybe they felt they hadn’t been respecting traditions, or creating disharmony in the community. Hence, according to your beliefs, the diviner could have ‘magical’ insights or be very well connected to the villages grapevine to know potential frustrations or tensions.

If black magic was involved, usually, a punishment is pronounced, which can go from fasting, to a whipping to banishment from the village, very rarely death (banishment was considered a more extreme punishment then death).

Now, of course, abuses of these practices or the power of divination can and have happened. Modern forms of these practices have led to all kinds of horrendous situations, like children being killed or slavery. And most likely, sometimes ‘logical’ answers to problems can be overlooked by believing in these systems. But let’s also acknowledge some of the useful sides of these practices:
- In societies with no written law, police, judges or jails, any event can be used to deal with discord and anger in a community. No need to openly accuse somebody of theft or bring proof, another event can serve to bring suspicions to the table and solve them. And again yes, surely mistakes have happened, but can we honestly say the western system of justice is infallible?
- And while abuse of power is certainly possible, it also serves in a way to balance out powers, le pouvoir arrête le pouvoir. Nobody can become so rich or powerful in a village that they can’t be accused of black magic and brought down a notch. An unpopular chief causing tensions by his decisions, a richer employer not paying his people, infidelities, domestic violence can all come up. And recognizing the interpretation of the diviner in a sense constitute a form or acknowledgement of the tension.

Hence, while I’m not at all advocating that these practices should be defended or generalized, understanding them and what use they had in societies and communities I think is important to understand people and belief systems, and that alternatives to our cause-effect logical way of thinking exist and have some validity and are not complete nonsense. I had to have it explained to me (through an again western scientist point of view) before realizing this, and have often attempted to share it with others, to varying degrees of success. Hence, the thought of turning it into a post on my blog…
Posted by Bruno at Saturday, November 21, 2015 No comments:

Combining work with pleasure, Thomas and me spend a week in Sri Lanka, after a work related conference I attended. Though short for such a big island, it gave us a glimpse and enough to really approve of Sri Lanka!

We spend one day in Colombo, the capital, then went 3h south by train to Galle and Unawata, where we witnessed a beautiful sunset. The next day, with a rented car, we drove 8h by the south coast to the center of the island, Horton's plain, in Nuwara Eliya. After a night in a beautiful colonial mansion, we got up really early to hike in the nature park, and saw World's End and some waterfalls. From there, direction Kandy, with a stop at a tea plantation, to finally spend our last night in Negombo, a beach town just a couple of km north of Colombo, but closer to the airport.


Trip over, now back to Kathmandu, where hopefully the unofficial blockade of the Nepal-India border will have been lifted...
Posted by Bruno at Sunday, October 04, 2015 No comments: 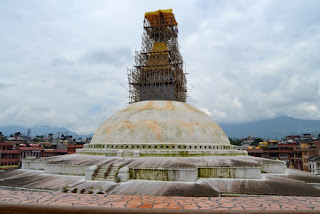 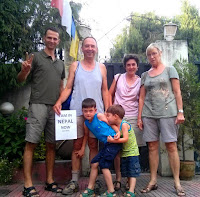 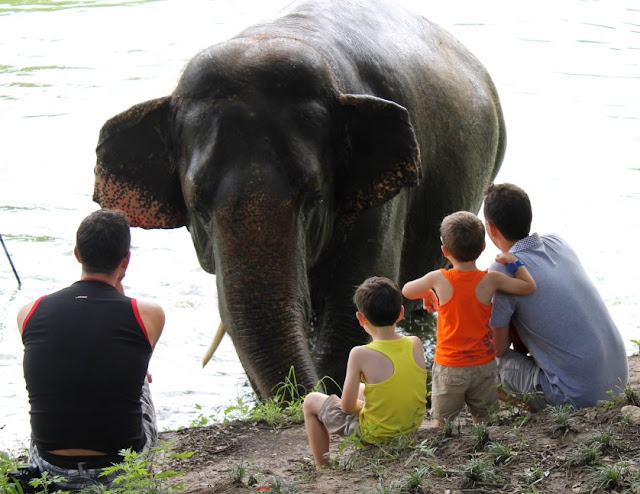 Bruno
Grew up in Belgium, studied Law, Political Science and Governance. Worked as a development worker in Haiti, South Africa, Zimbabwe and Morocco. Since 2014, am based as Asia Coordinator based in Nepal for WSM.